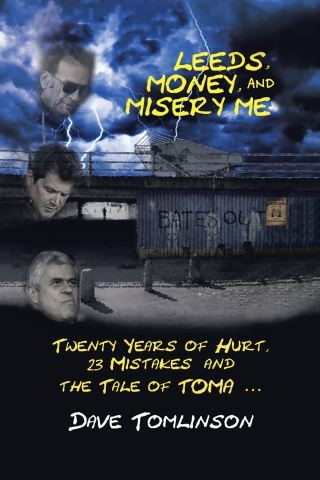 Leeds, Money, and Misery Me

Twenty Years of Hurt, 23 Mistakes and the Tale of Toma …

For the die-hard followers of Leeds United, the last twenty years have brought far too few reasons to be cheerful. Far more prominent are the depressing lows. ‘Doing a Leeds’ is the lazy strapline that is trotted out whenever a club over-reaches itself financially and comes a cropper with the financials heading south. The lot of the United fan is not a happy one, but still they come, week in and week out, with their fervent chants of ‘Marching on Together’ and ‘Champions of Europe’, hoping that this will finally be the year, but recognising the improbability of that dream. Mistakes were made along the way, and this could have been a very different tale if a wiser course had been followed. But that would have been far, far too simple for the many-headed beast that is Leeds United Football Club! This book tells the tale of the last two decades, the hopes and dreams of one of the most committed sets of fans in Europe and the men who let them down and abused their trust. It is a story that simply must be read, whether you’re a fan of the Whites or not.

Dave Tomlinson: Dave Tomlinson is a lifelong supporter of Leeds United. He grew up at a time when Leeds were seen as either Beautiful Losers or Dirty Leeds, depending on your inclination. He remembers to the day when he caught the Leeds bug: 18 March 1970, when they faced Standard Liege at Elland Road in the old European Cup. Dave watched the game on his parents’ little black and white television and was struck by how unlucky Leeds were, pounding away at the Belgian defence but having to be content with a single goal. The course of the next month sealed it for Dave as Leeds stumbled through their infamous Treble heartbreak experience. He established his mightyleeds.co.uk website in 1999, with the aspiration of it being, in his words, ‘the definitive history of the club’. It’s certainly an in-depth piece of work, revealing an amazing level of research and capitalising on Dave’s encyclopaedic knowledge of the club and its doings. Dave is a Finance Director in the NHS, and lives with the love of his life, Adele, their three dogs and ferocious cat, in Birmingham.