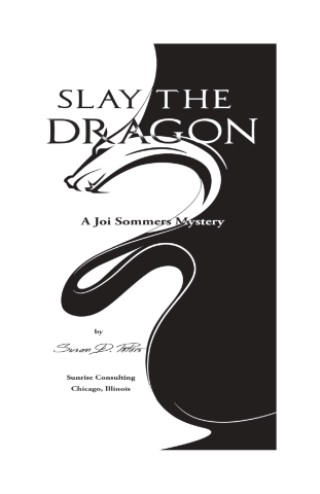 THE BEAST IS TWO HEADED.

THE QUEST FOR JUSTICE IS HEROIC.

Detectives Joi Sommers and her partner Russell Wilkerson speed to the Ingalls Hospital ER and are disgusted to find the strangled body of Tamiko Triplett, preteen lying on the gurney, the tattoo of a dragon, and a pimp’s initials on her inner thigh. What kind of monster would ravage and discard the fragile beauty with exotic eyes like debris? Enraged, the detectives commit to bringing her murderer to justice, on or off the clock. This quest leads the pair into the dark world of sex trafficking flourishing clandestinely in the surrounding south suburban enclaves. Consumed with this case, the recently widowed Russell relapses into alcohol addiction and while struggling to conceal his drinking from his partner and family, his reckless neglect leaves those he loves most vulnerable to dangers lurking unobserved and undetected.

Susan D. Peters: Susan Peters, a native of Chicago’s south side, is a graduate of DuSable High School and DePaul University. Always adventurous, Susan’s curiosity lured her to Liberia, West Africa for eleven years. Her family’s escape during the Liberian Civil War is the spellbinding account of her first book, a memoir, Sweet Liberia, Lessons from the Coal Pot. Sweet Liberia, received the 2010 Black Excellence Award for Non-Fiction by the African American Alliance of Chicago and in 2011 the book was awarded a prize for Non-Fiction from the Illinois Press Women’s Association. A lifelong author of poetry, inspirational essays, short stories, and plays her writings will be featured in the IPWA’s 2014 anthology, a collection of the works of twenty-three women writers. Broken Dolls, Susan’s second book, represents her foray into the mystery market and is the first of a series featuring Detective Joi Sommers as its heroine. Susan currently produces a weekly talk radio program and manages community relations at a prestigious academic medical center. In addition to her busy career, she has raised five children and is the proud grandmother to a host of grandchildren.