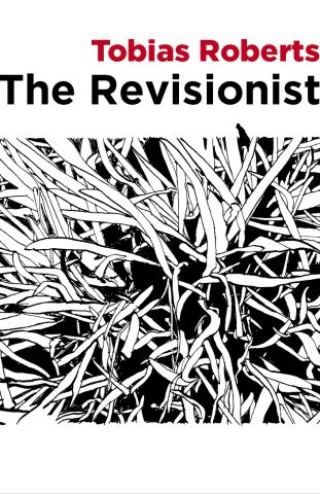 The Revisionist is a novel of many voices, brilliantly arranged. Its themes are mysterious, its tone compassionate, its conclusions beguiling.

In Tobias Roberts’s first novel, we are presented with a series of clinical, historical, and literary documents, outlining the lives and tragedies of the psychiatrist Isaac Himmelfarb and his wife, Sarah, whose marriage is strained by the grief of a miscarriage.

At the same time, Sarah’s recently deceased father, Doctor Zachary Weiss, has bequeathed her still other papers, which detail his psychoanalytic sessions with a patient of his named Pierce. It seems this man Pierce claimed to have developed the ability to revise reality by means of his dreams. This is an ability that the curious Doctor Weiss cannot help but put to the test and that a heartbroken Sarah cannot help but hope is real.

Tobias Roberts: Tobias Roberts was born in Rome, Italy in 1953. After returning to America for college, he graduated with a BA in History and Latin from Dickinson College and received a Masters in Classics in 1980. He taught Latin and History at Ohio State University until he decided to retire from academia and devote all his attention to his writing. An accomplished poet, his collection The Formality of the Page was published by Dalkey Archive Press in 2017. The Revisionist is his first novel. He currently lives in Portland, Oregon.