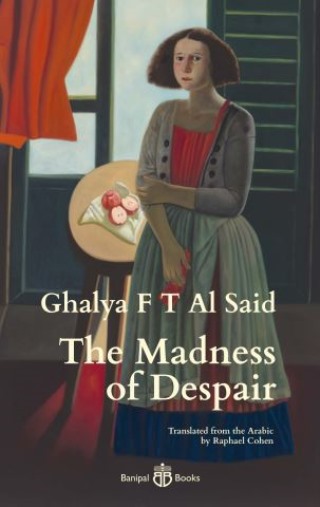 The Madness of Despair

The Madness of Despair tells the story of Maliha, who is living in London with her husband Nafie after an arranged marriage in their distant Arab homeland.  The couple become good friends with Doctor Nadim, a fellow exile, but in the twists and turns of the friendship, the men’s nostalgia for their old lives – and old ways of living – come into conflict with Maliha’s ambition to live and love freely and make something of her new life now she’s settled in London. Though ready to throw off the constraints of her disastrous marriage at the slightest turn, Maliha is ill-prepared for the fire of emotions that overcomes her, leading to unforeseen consequences for all three. It is a powerful narrative that reveals just how much psychological suffering and cultural displacement can upset the most ordinary of aspirations for life and love.

Ghalya F T Al Said: Ghalya F T Al Said is a novelist from Oman who studied in both Oman and the UK, and has a PhD in International Relations from the University of Warwick. She has published poems, short stories and six novels. Her novels focus on immigrants in foreign, usually Western, settings and their attempts to cope and adapt to conflicting concepts of belief and culture. The Madness of Despair is her first novel to have been translated into English from its original Arabic and is one of four set in the UK. Her other novels include Days in Heaven (2005), Sabira and Asila (2007), Scattered Years (2008), The Tedium of Time (2015 and 2017) and District of the Blind (2019). She has opened a traditional Museum in Oman and plans to open a second one on culturally related themes.|||Raphael Cohen is a professional translator and lexicographer who studied Arabic and Hebrew at Oxford University and the University of Chicago. He has translated a number of novels by contemporary Arab authors who include George Yarak, Ahlem Mosteghanemi, Eslam Mosbah, Mohamed Salmawy and Mona Prince.